The engineered landscape of Angkor: urbanism, water management and resilience 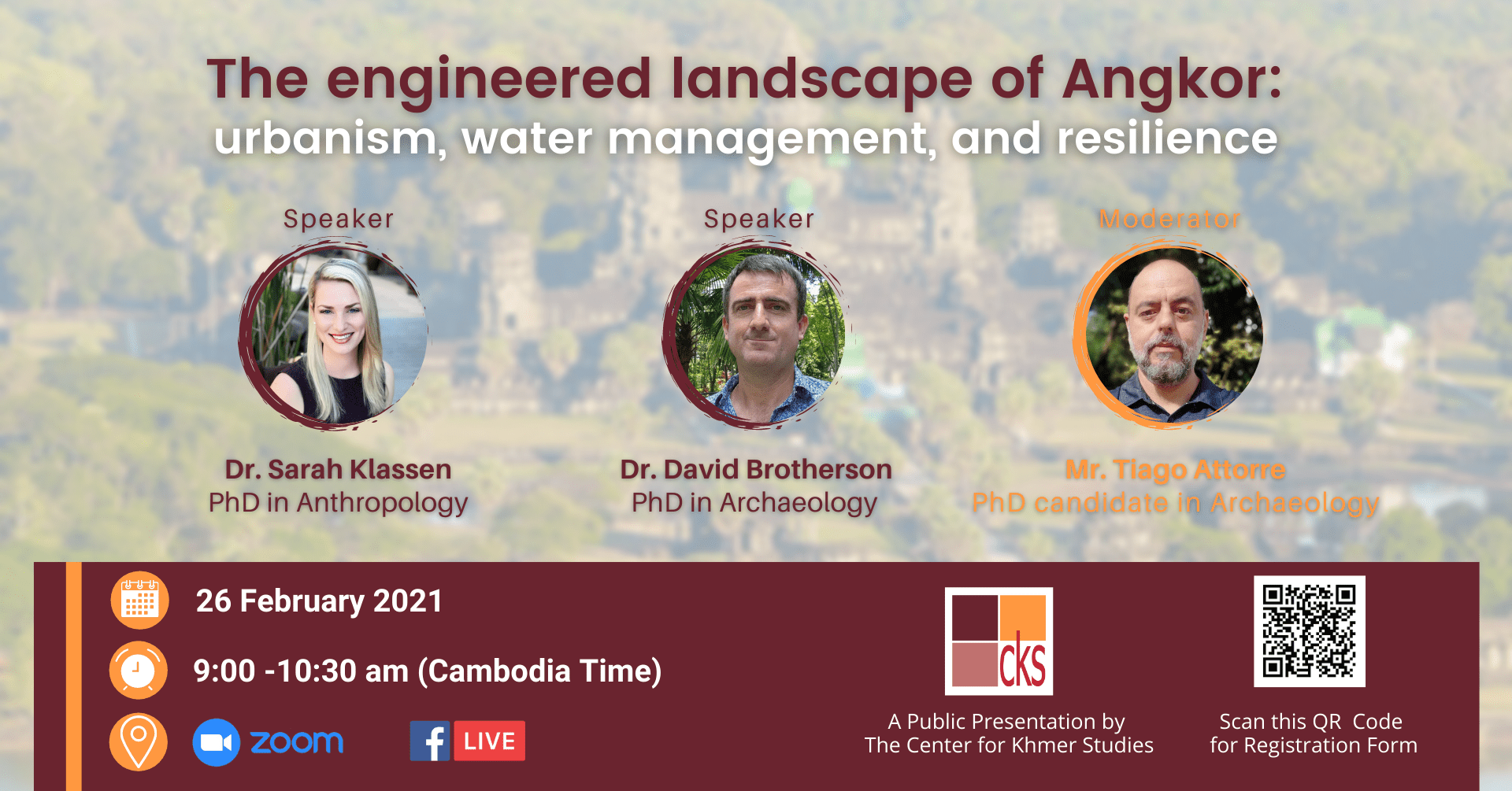 The Greater Angkor region, in northwestern Cambodia, was home to several successive capitals of the Khmer Empire (9th to 15th centuries CE). During this time, the Khmer developed an extensive agricultural and water management system characterized by top-down state-sponsored hydraulic infrastructure. Archaeological evidence now shows that the well-documented state temples and water management features formed the core of an extended settlement complex consisting of many thousands of ponds, habitation mounds, and community temples. These community temples are difficult to date, and so far, the lack of chronological resolution in surface archaeological data has been the most significant challenge to understanding the trajectory of Angkor’s growth and decline. In this paper, we combine heterogeneous archaeological datasets and create diachronic models of the landscape as it was developed for agricultural production. We trace the foundation of new temple communities as they emerge on the landscape in relation to the construction of extensive state-sponsored hydraulic infrastructure. Together, these two forms of water management transformed over 1000 km2 of the Greater Angkor Region into an elaborate engineered landscape. Our results indicate that, over time, autonomous temple communities are replaced by large, state-sponsored agricultural units in an attempt by the state to centralize production.

The manner in which people inhabit a landscape can be characterized as a socio-ecological system – the people, their resources, and cultural institutions. Water management infrastructure is a resilience strategy which first appeared in Southeast Asia during the late prehistoric period in association with increasing social complexity and population expansion. This culminated in Angkor, the capital of the Khmer Empire, which dominated much of the Southeast Asian mainland from the 9th to 14th centuries and had one of the largest temple complexes on earth. Situated within the sharply seasonal “dry zone” monsoon climate, Angkor’s water management systems would also achieve staggering proportions. This lecture explores how water management infrastructure was a necessary element for the subsistence of a large-scale urban settlement and facilitated Angkor’s development and expansion. However, in the face of unprecedented climate variability, particular modifications to the system would render it inherently vulnerable. While these disruptions had a negative impact on the sustainability of Angkor as an urban system, other socio-economic components of Khmer society proved more resilient.

Dr. Sarah Klassen received her Ph.D. in anthropology (archaeology) from Arizona State University in 2018. She now holds a postdoctoral fellowship in archaeology from the Social Sciences and Humanities Research Council of Canada (SSHRC) at the University of British Columbia in Vancouver, Canada. Klassen currently directs the Koh Ker Archaeological Project and co-directs the Cambodian Archaeological Lidar Initiative. These projects are funded by the SSHRC and the European Research Council. Follow her on Instagram @dr.sarahklassen

Dr. David Brotherson received his PhD (Archaeology) in 2020 from the University of Sydney, and is currently a Postdoctoral Research Fellow with the School of Humanities, Nanyang Technological University, Singapore. His research interests include the demise and transformation of Angkor, pre-modern urbanism, trade and exchange, and socio-ecological dynamics.]

Mr. Tiago Attorre is currently a grantee from the Brazilian Ministry of Education at Flinders University where he is a PhD candidate at the department of archaeology. He has worked extensively in Brazil using ground-penetrating radar and currently works in Southeast and Central Asia applying terrestrial remote sensing to prehistorical and historical contexts.

PrevPreviousA Reflection on the Myanmar Military Coup: A Cambodian Perspective with Prof. Kosal Path
NextThe Perils and Promises of Democracies in Southeast Asia in the aftermath of the Jan. 6th US InsurrectionNext
Top