The Perils and Promises of Democracies in Southeast Asia in the aftermath of the Jan. 6th US Insurrection 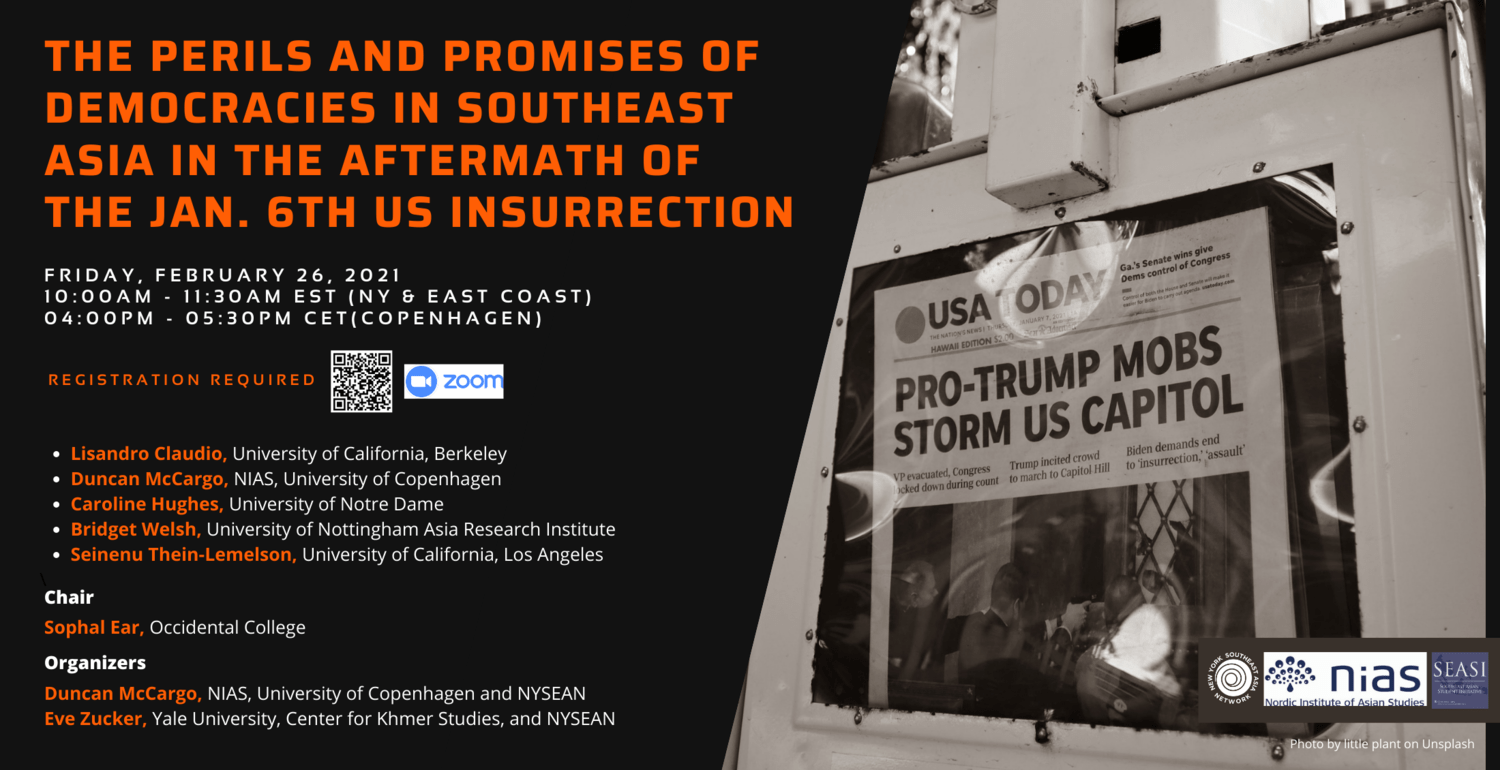 Chaired by CKS board member Sophal Ear and Co-organized by CKS President Eve Zucker with Duncan McCargo, Director of the Nordic Institute of Asian Studies

CKS encourages you to addend the following event which is sponsored by the Nordic Institute of Asian Studies, New York Southeast Asian Network, and the Southeast Asian Student Initiative (SEASI), Columbia SIPA.

The attack on the US Capital on January 6, 2021 on the day of the electoral college vote that would establish Joe Biden as president sent shockwaves around the world. While it was no question that the Trump presidency had for four years tested the strength of the US democratic institutions, the perilous brush with violent insurrection left many people around the world, including in Southeast Asia, questioning the strength of their own democracies against the forces of right wing populism, the rise in authoritarianism, and increasing nativism.

This panel will address the question of how the January 6th event has been understood within 5 different Southeast Asian countries with variable levels of democracy: Myanmar, Cambodia, Thailand, Malaysia, and the Philippines. Did the event serve as a warning or was it dismissed? Did it spur the advocates of democracy to fight harder or did it encourage supporters of authoritarianism to clamp down harder on protestors?

PrevPreviousThe engineered landscape of Angkor: urbanism, water management and resilience
NextEcocide in the shadow of genocide and transitional justiceNext
Top