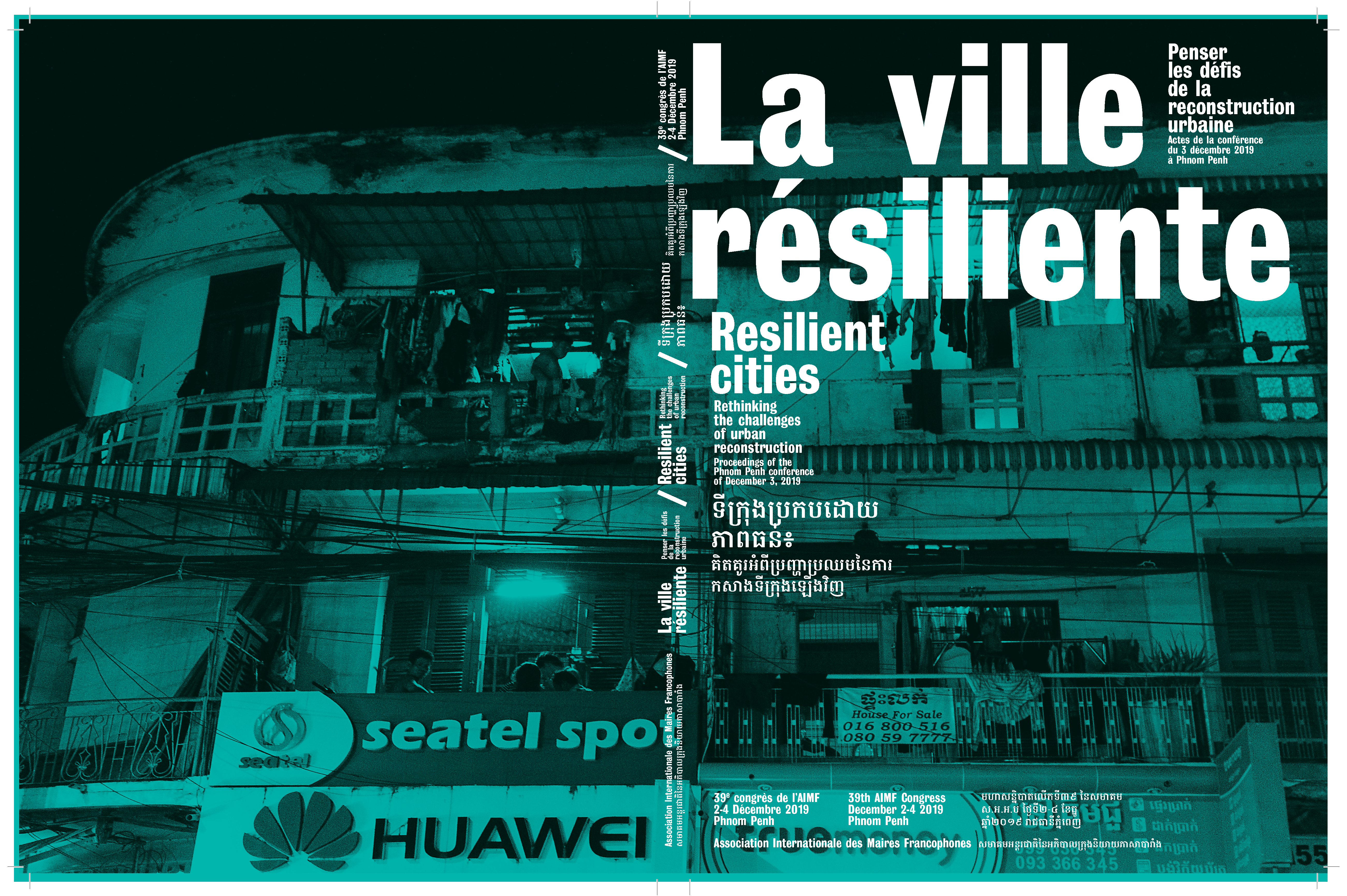 Last December, the 39th Congress of the International Association of Francophone Mayors (AIMF) took place in Phnom Penh to mark the 40th anniversary of the end of the Khmer Rouge regime.

In 1975, the Khmer Rouge’s first act was to empty cities in Cambodia and many rural villages and engage the entire Cambodian population in a vast project of forced agricultural labor. A quarter of the population would die during this period, either from hunger, disease, exhaustion, or summary executions. In January 1979, the country was liberated and could initiate rebuilding. This renaissance began in the city of Phnom Penh as it regained its population and re-established systems of state governance.

To reflect upon, investigate, and preserve the history of this extraordinary period of reconstruction, a conference on “Resilient Cities: Rethinking the Challenges of Urban Reconstruction” was held during the 39th AIMF Congress. By bringing together those who lived through this period, the conference explored how the country persevered through the challenges and trauma of reconstruction and provided a platform for the testimonies of those who led the charge for their city’s resurgence.

Kigali, in 1994, was deeply wounded by the genocide that claimed thousands of Rwandan victims; Port au Prince, in 2010, suffered a deadly earthquake that largely destroyed the Haitian capital.

Viewed alongside Cambodian history, these cities’ trajectories of reconstruction reveal similarities in the urban stages of resilience; the importance of strong commitment by local and national leaders and international institutions; and the determination of residents to build a new life for themselves.

The Paris Urbanism Agency (APUR) contributed to the preparation of the conference, participated in the dialogue, and supported the publication of the proceedings alongside the Center for Khmer Studies (CKS) and two researchers, Gabriel Fauveaud, Ph.D. in Geography and professor at the University of Montreal and Fabienne Luco, Ph.D. in Anthropology.

This publication provides a synthesis, in three languages, of the main themes and highlights of the conference. It also includes transcripts of remarks shared by speakers during the event.